The W1XM station in the form it exists today was first established in the early 1980s when the club first moved into our shack on the Green Building roof. Before us, the shack had been been used by RLE for researching long distance optical communication links in the late 1970s, and before that it was used to stage weather balloons before launch.

The site was perfect for amateur radio. The roof was designed as a laboratory for radar research. An elevator allowed access, the shack was metal walled and provided some degree of shielding, and the roof provided plentiful anchors for mounting antennas right at the roof level, where they could be easily adjusted and serviced by students.

With our arrival, the roof quickly sprouted a multitude of antenna arrays for VHF and UHF communications, The shack filled with communications equipment, and the “crow’s nest” at the top of the building spire was crowned by a new antenna for MITs 70cm amateur radio repeater. The equipment has evolved over time. All the antennas, all the radios, and all the cables have been redesigned and replaced many times over. We repurposed one radome and then the other for microwave communications and experiments as active departmental radar research waned, and many rooftop experiments have come and gone. But the ideality of the space for students interested in radio has remained constant.

As a roof designed for people, the Green Building roof provides a place where students can work directly on antenna systems, put things up, take them down, and tweak them on the fly, without the need to climb towers. It lets new students learn and tinker without the need for extensive fall safety training, and a shack situated next to our antennas allows for short and easily reconfigured connections. All of this has combined to make the Green Building a perfect site for an ever changing amateur station and a host of student experiments. The state of the green building roof is always evolving. With new experiments being added or taken down on a regular basis. As of the end of 2019, this is what’s on the Green Building roof.

At the core of the roof is the shack housing the W1XM station, with operating positions for the 6m through 13cm bands, all of which connect to antennas around the roof. At the peak of contests it’s often jammed full of people (but none of us are ever taking photos then). Our 70cm analog FM repeater has the best coverage of any in the Greater Boston area, providing event coordination and emergency communication. The WR66 radar was once a research prototype for the NEXRAD system. Today, we use the dish for Earth-Moon-Earth communication on the 23cm band and hydrogen line radio astronomy. Getting it up and running was an incredible project involving both complex RF engineering and learning to interface to many different generations of control systems built over the past 55 years. 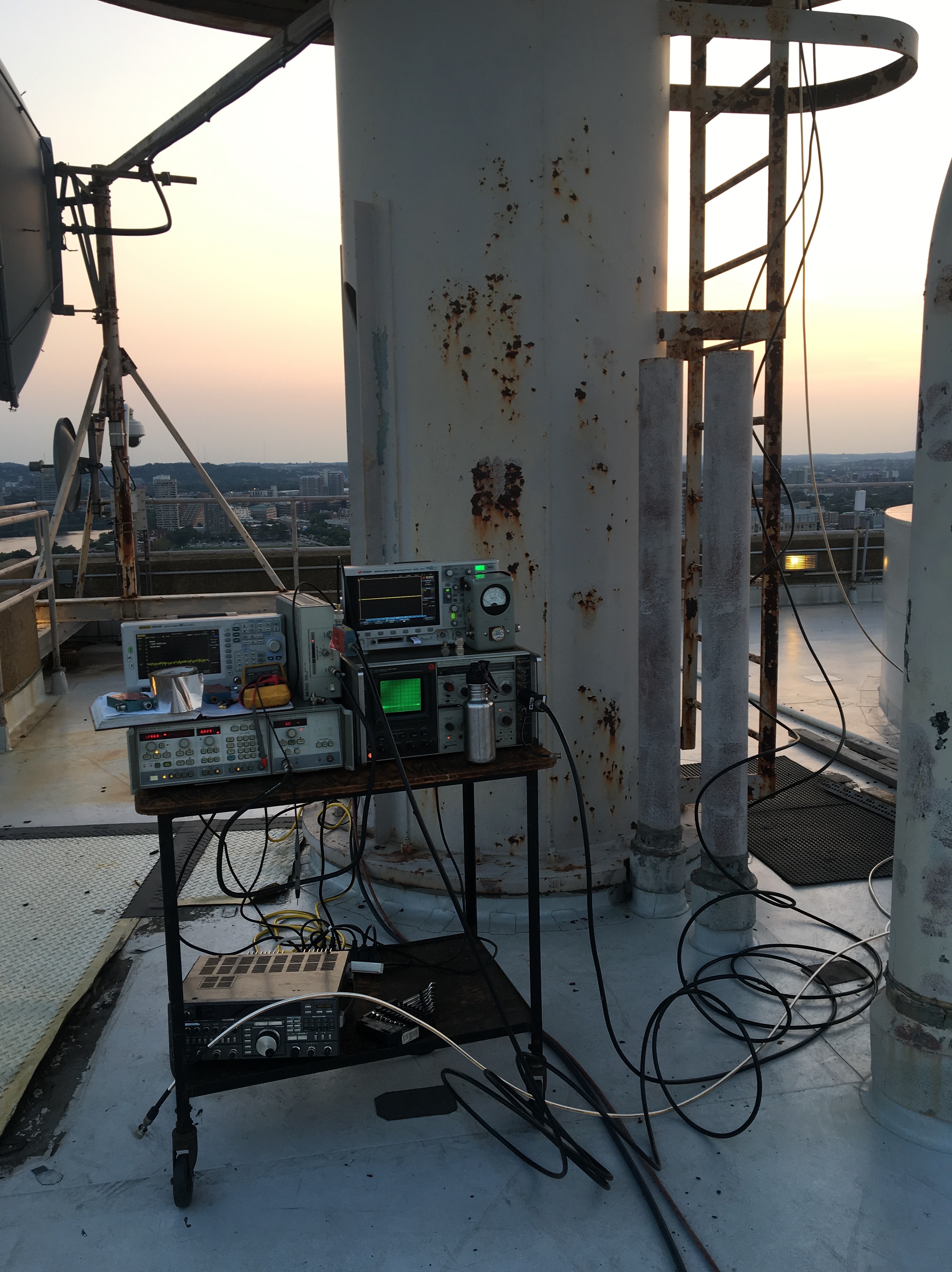 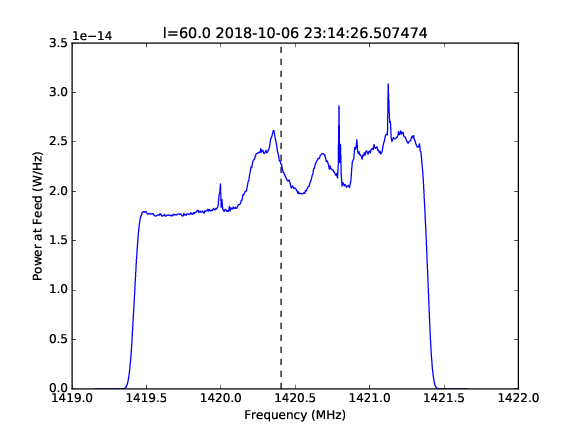 The small radome originally housed the WR77 radar, and is now used for terrestrial microwave communication on 903MHz, 1296MHz, and 2304MHz.

An antenna on the shack roof connects to SDRs which monitor local repeater and public service traffic.

Because we have an ideal site for tracking aircraft, one day we decided we should put up an ADSB receiver. It often sees aircraft almost 200 miles away on a good day. Eventually, we hope to use it to predict airplane scattering paths to reach farther on the UHF and Microwave bands We have an APRS digipeater that provides the best coverage of the Greater Boston area.

5GHz patch antennas allow us to connect devices directly to our network equipment from across the campus and city. We use this capability both for radio research and redundant backhaul to keep essential equipment operational in emergency situations.

A point of confusion for many is likely the use of both the calls W1XM and W1MX. The MIT Radio Society is formally two groups which maintain two separate stations with different capabilities.

W1MX is our HF station located in Walker Memorial. W1XM, often called the MIT UHF Repeater Association (since its original function was to maintain our 70cm repeater), is the VHF station on the Green Building roof.

We enjoy using the HF bands, and in fact the Green Building renovation begins alongside the replacement of our HF antenna at W1MX. However, the experimental side of the club is largely focused on VHF and microwave. That’s where a lot of current research happens, and it’s easier to work with. W1XM is critical for that as an isolated location with long sightlines to the horizon. A majority of recent projects club members have been involved in simply could not have been done without the use of the Green Building roof.

Much of the clubs’ activity on the amateur bands is also oriented towards VHF and microwave. Being in a city, we suffer from an extremely high HF noise floor that limits our capabilities. The situation on higher bands is better. We hope to further expand access to the VHF station by upgrading our equipment for remote operation and we believe doing so will increase the number of students who can use and learn from the resources we provide.